A Korean drama starring Lee Dong Hae of Super Junior as the leading role. As a fan of Dong Hae, I’m thrilled to watch this series.. *o* He’s irresistible.. 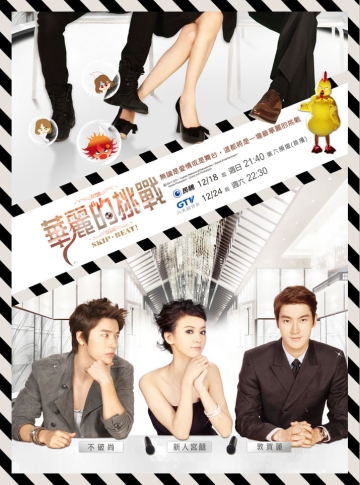 Synopsis: Gong Xi sacrificed her life to support her boyfriend, Bu Puo Shang, so he could become a successful singer. One day, Shang suddenly breaks up with Gong Xi, leaving her with nothing, and Gong Xi vows revenge. She decides to delve into the entertainment world and become even more successful than Shang to get back at him. Gong Xi therein meets Dun He Lian, another actor in her agency, who helps motivate her to become a top entertainer.

TO WATCH THIS ONLINE:

(This drama is still airing….)

A Taste of Pinky Berry

I'm the girl who can spend all day in front of a computer reading manga and novels, or watching anime and dramas (if I have time). Yup, that's me!! ^o^